I just came back from my lecturing “tour” to USA, Canada and Australia. It felt like living the life of a  rock star, but then without the sex, the drugs and the rock-and-roll.
But at least I had the opportunity to lecture, to talk and to listen to many of my dear colleagues.
I must say, of course generalizing,  many of them are influenced by a small group of elite coaches only, which limits their vision and understanding. No matter the Internet giving us access to an enormous amount of information, we got stuck with a handful of favourite websites, coaches or “guru’s” only. Maybe a form of self-protection against being overwhelmed by the sheer amount of information?

Anyhow, this post is about water, water? Yes, water, I bet you know what that is or at least you think you know.
70% of our planet’s surface is covered by water; 60% of our body consists of water, so it is a pretty important chemical. I won’t bore you with the other details about water, those you know from  school.
Water isn’t special because of its quantities, but of its rare qualities. It’s one of the few chemicals that expands when cooled down, that is why your water pipes break in winter. Luckily most of the chemicals important to us are  soluble in water and can consequently be absorbed by the body.  But still this is not what I wanted to tell you about.
Some years ago a colleague of mine and I published a four-part  article series called “Water, our evolutionary heritage from the sea.”
In recent years and mainly through developments of specific sensitive instruments, we learned a lot more about water.
Water has always interested people, magicians, healers and scientists alike. It has therefore been the subject of a lot of heated discussions. Water has been used to heal a wide range of ailments being an  important nutrient or in the form of hydrotherapy. Also as a solvent of chemicals and even as a messenger for other forms of information.
We can look at water from a macro level as an important fluid component of this planet, as a transport medium, like oceans, seas and rivers, or at water pollution etc. We can look at it from a mesolevel, the water we pour into our glass to drink it, the water we wash ourselves with etc. But one can also look at the  microlevel and even at nanolevels of water, the qualities of water we cannot see, but only measure with sophisticated equipment. One of the interesting things here is that water might possess a memory, a storage capacity for information from chemical substances, even if those chemicals are present at an extremely low level (ultra dilution) of not even present anymore. This is the theory behind homeopathy.

Because water is so abundantly available , and its special characteristics are so obvious that we don’t even notice the miracle of it anymore, we just take it for granted. But some special people have spent their lives studying the miraculous properties of water.  E.g. the Austrian forest warden Victor Schauberger studied the nature of water all of his life and invented water purification systems and e.g. implosion energy, phenomenon  that only have become of interest again in recent years.
Another natural researcher Johann Grander, also Austrian, studied the ways how to revitalize “dead” water and how to improve health by drinking this revitalized water.
It was the French hydrologist Louis-Claude Vincent, who studied the different properties of drinking water, and designed the first practical test to analyse water and also body fluids such as blood, saliva and urine in relation to acid-base balance, health and nutrition.

The field of homeopathy has always been assuming the fact that water is able to store information, but modern technologies made it possible to understand this strange phenomenon.
Landmark work on this has been done by the late Jacques Benveniste, a French scientist above all doubts. He discovered the platelet-activating-factor or PAF in 1970, but due to this non-conventional line of  research, he was ridiculed and harassed by his colleagues.
But other scientists in other countries have been triggered by Benveniste’s ideas and have carried on this line of research and confirmed him to be right. Of course they have been heavily criticized too, because the implications of their theories are enormous.

Some names: Cyril.W.Smith in the UK, Wolfgang Ludwig in Germany, Madeleine Bastide and Michel Schiff in France, Emilio Del Giudice and  Giuliano Preparata in Italy, P. Christian Endler and Jurgen Schulte in Austria, Igor Jerman in Slovenia, and many others. The latest support for their theories came from  Nobel prize winner and AIDS researcher Luc Montagnier.
Some scientists took these ideas even one step further and state that water is a storage medium for electromagnetic information as well. Even these scientists were considered fringe by classical science, but so were Gallileo, Semmelweiss and many others, whose theories were not widely accepted by the scientific community but later proved to be right.   The problem is always the same:  if homeopathic medication proves to be working clinically, one might say it works, but we want to know how it works exactly and that has not been done yet. When basic scientists like physicists prove that water has these special qualities then one will say that this might be true but its effects remain to be proven clinically. Conveniently ignoring the fact that many of the so called “proven” medications nowadays hardly work, nor is the working mechanism of most proven medications totally clear.

In the end we are no longer talking real science, but belief systems here, science as the accumulation of rigid ideas only, not driven by wonder and curiosity, but by ego and interest.
I am not saying these theories are absolutely true, but at least keep an open but critical eye and ear for these developments and think: what would be the consequences if this were true??
Just think about it, chemicals don’t only work because of their chemical structure, but also because of the biophysical information they contain.  The qualities of a substance can not only be transferred to e.g. a cell receptor by its physical presence as a molecule, but also by their specific electromagnetic radiation pattern. Since we can send electric magnetic information  e.g.  by wire or telemetrically (we don’t do anything else when we listen to the radio, or make a mobile phone call). We could also transfer information like medication in this way. Do not forget the negative unforeseeable impact of electromagnetic pollution on cells and their receptors. 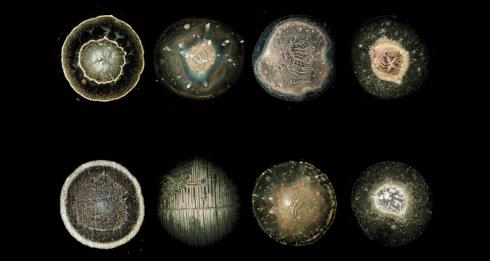 One thing becomes obvious when one starts diving deeper into this topic: water is more important than we ever thought, especially for our health and therefore also for performance.