While looking at my book collection this week – my athletes always kindly called them “Henk’s children” – I reflected on which books I value most in terms of content and impact.
Let’s look at training: there are quite a few books written about this subject, and there are five books I am really fond of:
1.    Juri Werschoshanskij: Modernes Krafttraining im Sport; (in German) – (Modern Strength Training in Sports) Bartels & Wernitz Verlag, Berlin, 1975, ISBN 3-87039-950-3. No surprise here, one of the founders of modern sports training science wrote this seminal book, first published in Russian, already back in 1970.
This book already has it all. It touches upon all important aspects of strength training and is filled with interesting data. 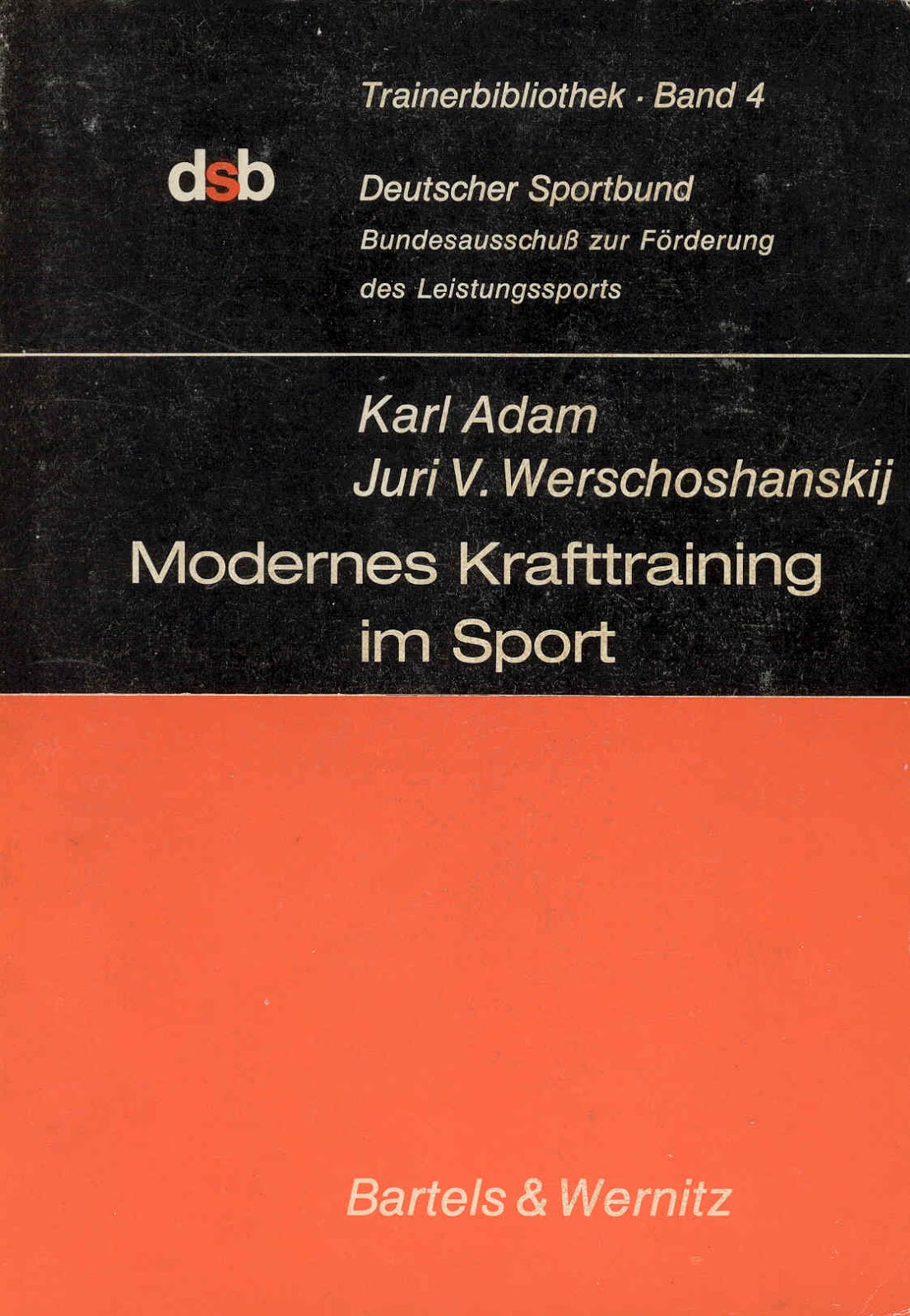 2.        W.W: Kuznezow: Kraftvorbereitung; (in German) – (Preparation in Strength Training- Theoretical Foundations of Strength Development),  Sportverlag, Berlin, GDR, 1975.
Again originally written in 1970, also based on experimental work in strength training. Very few people are aware of this rare gem. Kuznezow was way ahead of his time as far as strength training is concerned. 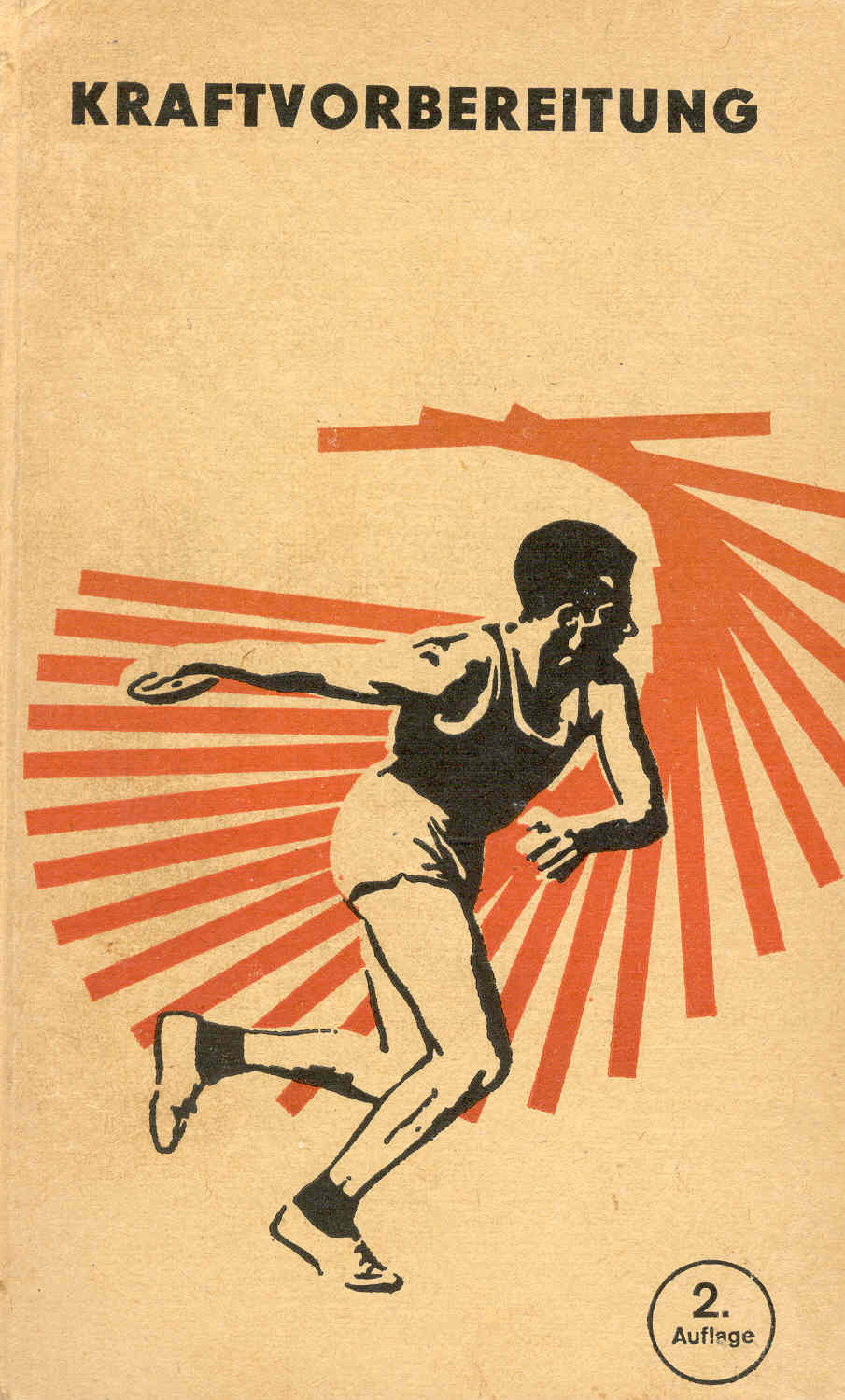 3.       Carmelo Bosco: La forza musculare. Aspetti  fisiologici ed applicazioni pratiche; (in Italian) – (Muscular Strength. Physiological Aspects and Practical Applications). Societa Stampa Sportiva Rome,  1997. Probably the best recent book written about strength training, focussing on explosive strength. Again a combination of sound theory, based on many tests and experiments and practical applications. The late Carmelo Bosco whom I consider as being my mentor and with whom I had the pleasure of working with and sharing ideas and data since 1986, had an exceptionally innovative mind.  His inquisitive and creative mind lead him to develop and elaborate on concepts like the Bosco-jump test battery, (he wrote a whole book about this concept too), developing the concept of hypergravity training, stressing the importance of powertraining instead of strength training by measuring power output and finding the optimal training load, development of whole body vibration training for performance enhancement and development of the Nemes, intelligent vibration system. 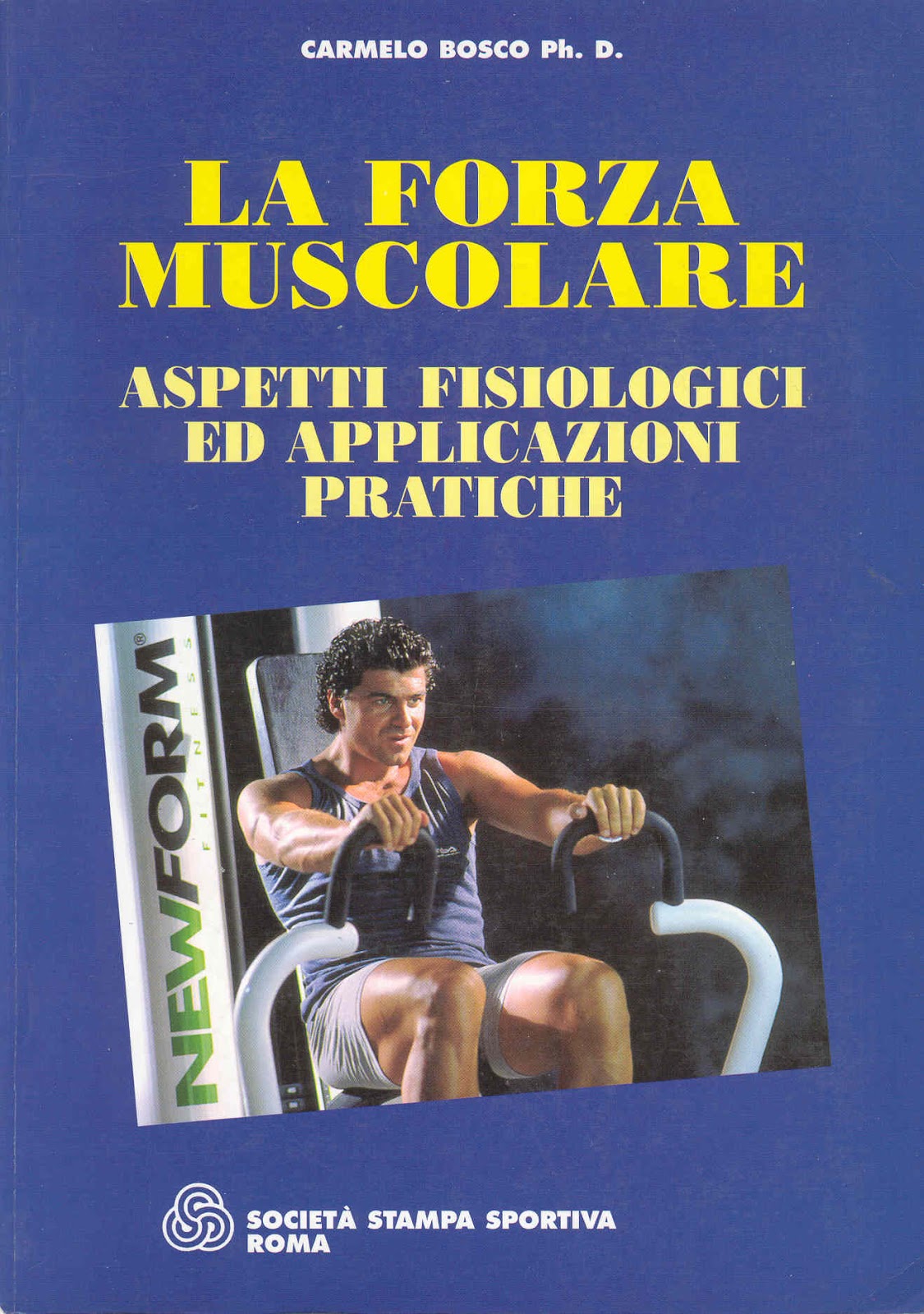 N.N.Jakowlew: Sportbiochemie; (in German) (Sports Biochemistry) J.A.Barth Verlag, Leipzig, GDR, 1977. One of the first and probably one of the most comprehensive books about sports biochemistry, originally published in 1974 in the USSR,  but soon after translated by the East Germans. Jakowlew, who introduced us to the concept of supercompensation, preceded by the earlier works of Folbort and Meerson, but now specifically applied to the dynamics of  the recovery processes in sports. This book already went deep into the importance of muscle fibre types and enzymatic processes. It would take almost three decades before Atko and Mehis Viru came up with books of comparable scope and depth: Adaptation in Sports Training (1995) and Biochemical Monitoring in Sports Training (2001) 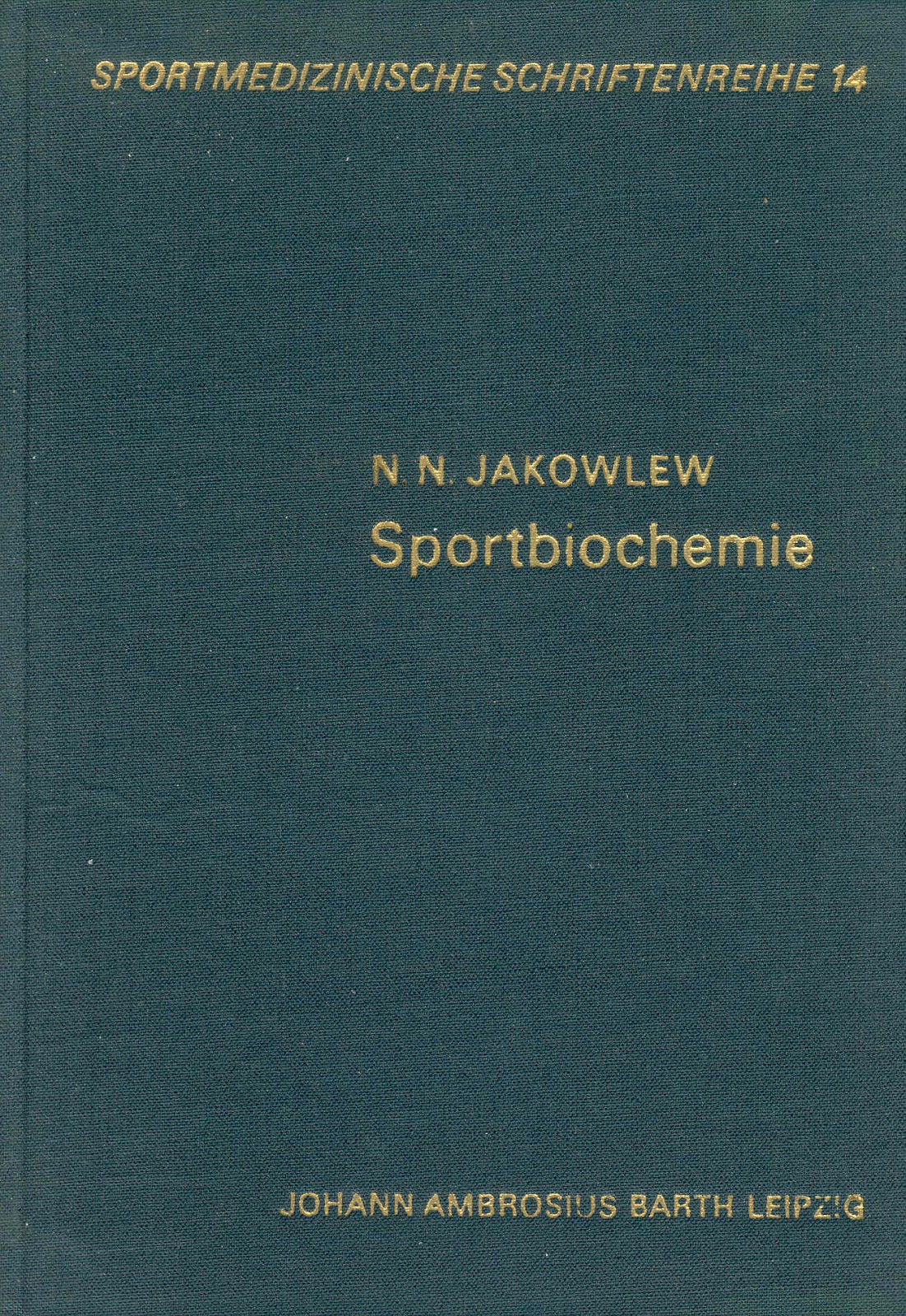 5.       K.M.Smirnow (ed,): Sportphysiologie; (in German) (Sports Physiology) VEB Verlag Volk und Gesundheit, Berlin, GDR,1974. Originally published in USSR in 1969. What a wealth of informatio; of course, many other books have been written about Physiology of Exercise, but very few of them are as useful for coaches as this one.  Smirnow was the editor, but if you know a little of Soviet sports science, take look at the contributors of this pearl:
Worobjow, Sologub (EEG and the  brain), Jakowlew (biochemistry), Karpman and Gandelsman (cardiovascular system), Viru (endocrine system), Farfel (classification of exercise) and more. Basically the best the USSR had to offer in the field of sports physiology contributed to this book.
Reading this book, you start to understand that the high level of Soviet sports at that time was not only based on talent detection and selection, but also on high level scientists dedicated to sports training and performance. And their information being available to many coaches education systems. 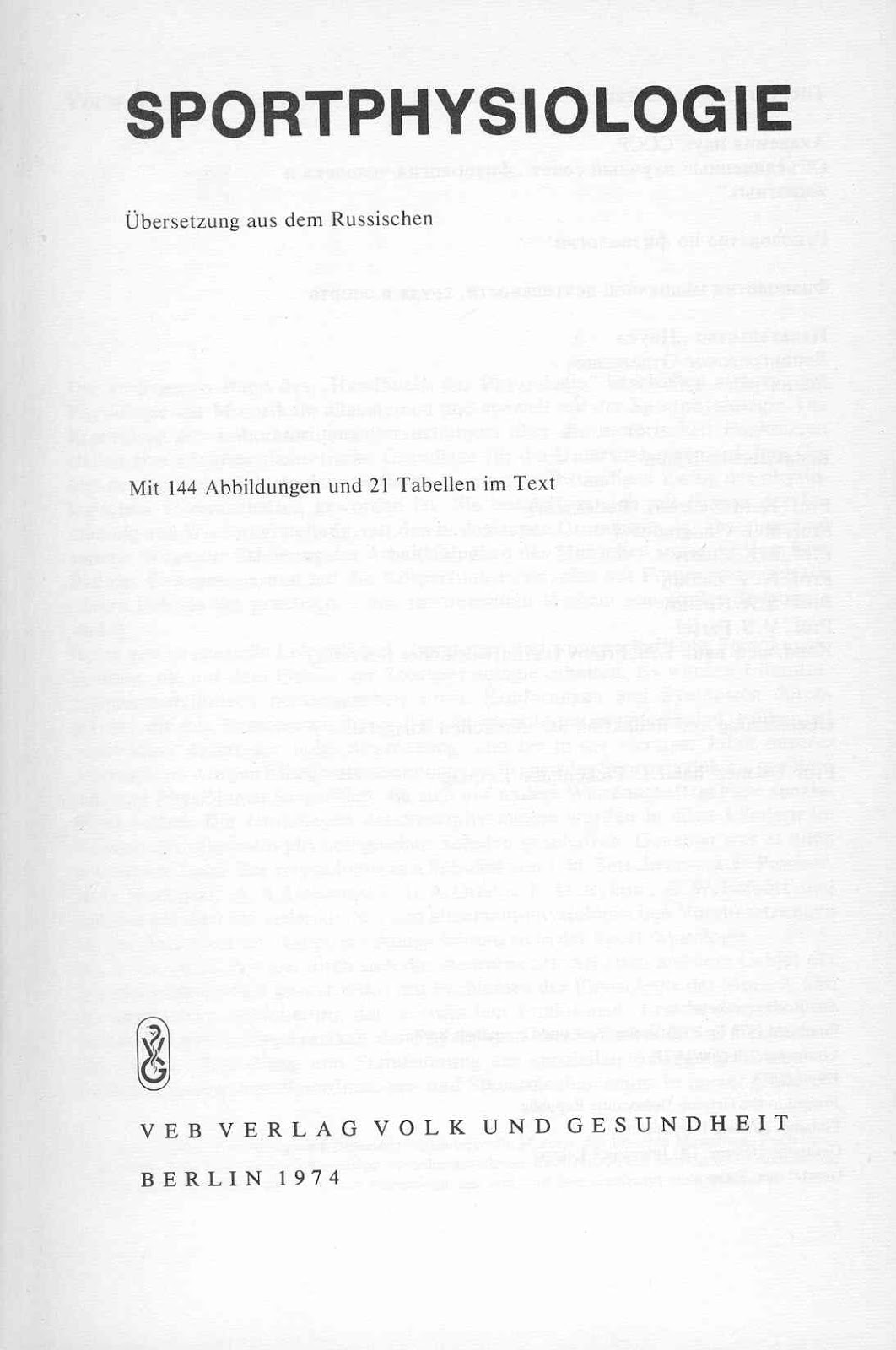 All of these five books are still very relevant and valuable today and did not lose anything on impact on training as it is today. Too bad they are not available in English, but here’s a good intention for 2013, learn German and Italian.